Opto 22 was founded in 1974 by engineers who designed a better solid-state relay and chose to build it in a non-corporate, flat organization. Now, 45+ years later, we're still privately held, lean, and run by engineers.

Opto 22 products are designed to run on non-proprietary communication standards like Ethernet and the Internet Protocol (IP).

Open standards and commercially available technologies decrease the cost of automation and open up data for use where it's needed.

Over the years we've had a hand in promoting industry standards. 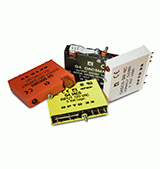 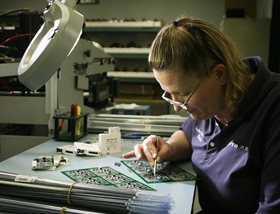 Opto 22 I/O, controllers, and SSRs are famous for their quality and reliability. Customers often comment about their dusty, 20-year-old "Optos" still doing the job in the back of a factory somewhere. With this kind of reliability, we can afford to guarantee SSRs and most I/O modules for life.

Made and Supported in the U.S.A.

Since all our products are manufactured and individually tested at our headquarters in Temecula, California, we control quality from the ground up. So we also give you FREE pre-sales engineering help, free online training, and free product support from experienced engineers.

Because we're engineers, we know what it's like to lose an idea because it's too hard to implement. Designing and integrating automation systems can be frustrating. We simplify your job with open standards, easy-to-use software, clear documents, and how-to videos.